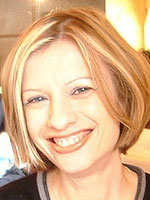 My main area of research is how people’s ethnic and civil identities change during major the political and social changes in their states and societies. Eastern European minorities are a particularly interesting group in this regard, having lived most recently trough the fall of the Soviet system, emergence of the independent states and expansions and contractions of the EU. How do people change their perceptions of citizenship, country and ethnicity in these conditions? What kind of treatment do they face from residence states and kin states?
I teach sociology at Concordia University in Montreal. Ukraine, where I grew up and graduated Lviv Franko University, has always been in the centre of my research. I received my doctoral degree in sociology at McGill University, and examined recent illegal labour migration from Ukraine to Southern Europe. My recent article “Relational identities on the Europe’s borderlands: the case of Poles in Belarus and Belarusians in Poland”, co-authored with Claire Wallace, is published in Ethnic and Racial Studies, 40:1 (2017).
My research interests include ethnic diversity and minorities in Europe; nationalism and identity in Eastern Europe; as well as labour migration, informal economies and migration policies in Europe. My recent research examines relational identities of minorities in Eastern Europe and emerges from my participation in the EC FP-7 ENRI-East research project (2010-2014) at the University of Aberdeen, which investigated changes in minority identities in Eastern European countries, after eastwards expansion of the EU in 2004.

Natalka Patsiurko and Claire Wallace, “Relational Identities on EU Borderlands: The Case of Poles in Belarus and Belarusians in Poland,” Ethnic and Racial Studies 40:1 (2017): 77-95.