University of Carolina at Chapel Hill 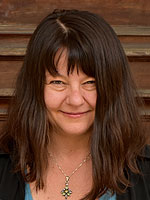 Milada Anna Vachudova specializes in the democratization of postcommunist Europe, the enlargement of the European Union, and the impact of international actors on domestic politics. She is a Jean Monnet Chair of European Integration, an Associate Professor of Political Science, and the Chair of the Curriculum in Global Studies at the University of North Carolina at Chapel Hill. Professor Vachudova is working on a book project comparing the experience of democratization and international engagement in the Western Balkans and East Central Europe since 2000. She has held fellowships and research grants from the European University Institute in Italy, the Center for European Studies at Harvard University, the European Union Center at Columbia University, the Center for International Studies at Princeton University, the Belfer Center for Science and International Affairs at Harvard University, the National Science Foundation, the Woodrow Wilson Center, IREX, and the National Council for Eurasian and East European Research. Her book, Europe Undivided: Democracy, Leverage and Integration After Communism (Oxford University Press, 2005) analyzes how the leverage of an enlarging EU has influenced domestic politics and facilitated a convergence toward liberal democracy among credible future members of the EU in Central and Eastern Europe. Europe Undivided was awarded the XIIth Stein Rokkan Prize for Comparative Social Science Research. This is a major international prize awarded biennially by the International Social Science Council. Europe Undivided is also a co-winner of the Marshall Shulman Prize awarded by the American Association for the Advancement of Slavic Studies. She received a BA from Stanford University in 1991. As a British Marshall Scholar and a member of St. Antony’s College, she completed a D.Phil. in the Faculty of Politics at the University of Oxford in 1997.

Milada Anna Vachudova (2019). “From Competition to Polarization in Central Europe: How Populists Change Party Systems and the European Union,” Polity 51, 4: 689-706.

Milada Anna Vachudova, “EU Leverage and National Interests in the Balkans: The Puzzles of Enlargement Ten Years On,” Journal of Common Market Studies 52:1 (2014): 122-138.