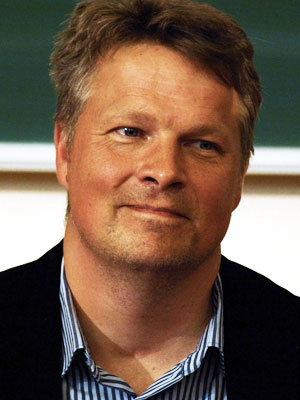 Eiki Berg is Professor of International Relations at the University of Tartu. Since 1996, he has worked at the Institute of Government and Politics, generally focusing on critical geopolitics and the studies of borders and border regions, in particular. Among his recent research activities, studies about territoriality and sovereignty issues in contested states have gained more prominence. He has published widely in leading peer-reviewed journals on bordering practices, identity politics and power-sharing in post-conflict settings. He is co-editor of Routing Borders Between Territories, Discourses and Practices (Ashgate, 2003) and Identity and Foreign Policy: Baltic-Russian Relations and European Integration (Ashgate, 2009). During the years 2003-2004 he served as MP in Estonian Parliament and observer to the European Parliament, EPP-ED faction, Committee on Foreign Affairs, Human Rights, Common Security and Defence Policy. In 2012, he received National Science Award in the field of Social Sciences for the research in “Identities, Conflicting Self-Determination and De Facto States”.

Eiki Berg and Scott Pegg, “Scrutinizing a Policy of “Engagement without Recognition”: US Requests for Diplomatic Actions with De Facto States,” forthcoming in Foreign Policy Analysis.

Vahe Gabrielyan, Peter Stroobants and Eiki Berg, “How Do You Tailor Diplomatic Training? Sizing up Peer Institutions and Their Training Practices for the Diplomatic School of Armenia,” Global Affairs 2:2 (2016): 223-231.

Eiki Berg and Martin Mölder, “When ‘Blurring’ Becomes the Norm and Secession Is Justified as the Exception. Revisiting EU and Russian Discourses in the Common Neighbourhood,” Journal of International Relations and Development 17:4 (2014): 469-488.

Eiki Berg and Martin Mölder, “Who is Entitled to Earn Sovereignty? Legitimacy and Regime Support in Abkhazia and Nagorno-Karabakh,” Nations and Nationalism 18:3 (2012): 527-545.

Eiki Berg and Martin Mölder, “Janus-Faced Human Security Discourse: EU and Russia Talking Past Each Other in Kosovo and the Caucasus?,” CEURUS EU-Russia Papers 4 (2012).