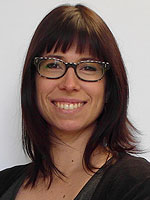 Virginie Lasnier (PhD, McGill) studies social movements, political opposition, civil society, and pro-regime movements in the post-Soviet region. Her recently defended thesis examines demobilization processes after mass movements in Russia and Ukraine. Her work has been published in Europe-Asia Studies and in Problems of Post-Communism, and she has been awarded a SSHRC postdoctoral fellowship at Université de Montréal (2017-2019). She previously served as Coordinator of the European Union Centre of Excellence at McGill University and Université de Montréal, and is now the Executive Director of its successor, the Jean Monnet Centre Montréal.