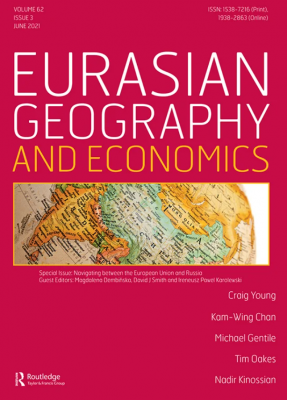 This Special Issue examines the ways states, regions, de facto states and local actors situated in-between the EU and Russia cope with the competitive external pressure coming from the two regional powers. States, diverse groups and actors in this overlapping neighborhood navigate between varied economic and political integration projects and between different values, ideas and visions of society. This introductory article, first, contextualizes this “inside-out” perspective by presenting the nature of the current EU and Russian projects vis-à-vis the region, how they clash and how this puts regional actors in a state of “in-betweenness”. Then, it unpacks the concept of “navigation” by outlining the ways local actors at different levels of domestic governance studied in the contributions to this Special Issue respond to and manage areas of contestation relating to issues such as citizenship politics, minority rights, and political and trade strategies. The role of elite agency serves as a central thread running across the contributions. Caught “in-between” Russia and the EU, domestic actors, be it at national or sub-national level, navigate while adjusting to the external pressures, negotiating and appropriating external discourses. In the process, constraints are often turned into opportunities for the local actors to exploit.